The Art History department teaches the history and practice of visual creativity. All people, at all times, around the world, have expressed their identities and their beliefs through visual art. From temple complexes to tea-cups, from quilts sewn with scraps to sculptures welded with tons of steel, art objects bring to us a knowledge of who we have been and how we shape our environments.

Thanks to Barnard’s location in New York City, the Art History department’s classrooms include some of the world’s most important museums and galleries. Courses are regularly taught at or with museums, and visiting artists, curators and critics frequently enrich our curriculum. Students interact with New York’s thriving art world for class assignments and independent projects and, especially during the summer, through jobs and internships. Art History majors have gone on to careers in museums, galleries, auction houses, arts administration, publishing, philanthropy, and as academics and practicing artists.

The faculty in Art History and Visual Arts have been working hard to prepare for the challenges and opportunities this semester.  As always, our courses will invite students to think critically about the role that art and visual culture have always played in shaping and spreading but also in speaking back to cultural norms, and in envisioning alternative futures.  Many will specifically engage how artists and art historians are engaging the challenges of this moment, including the devastating and disproportionate impact of COVID-19 and the call to action of #BlackLivesMatter.  New and revised classes offered in online, hyflex, and block formats will also take advantage of digital technologies to allow for new kinds of collaborations with artists and scholars from across the globe and to deepen our classroom connections with one another. 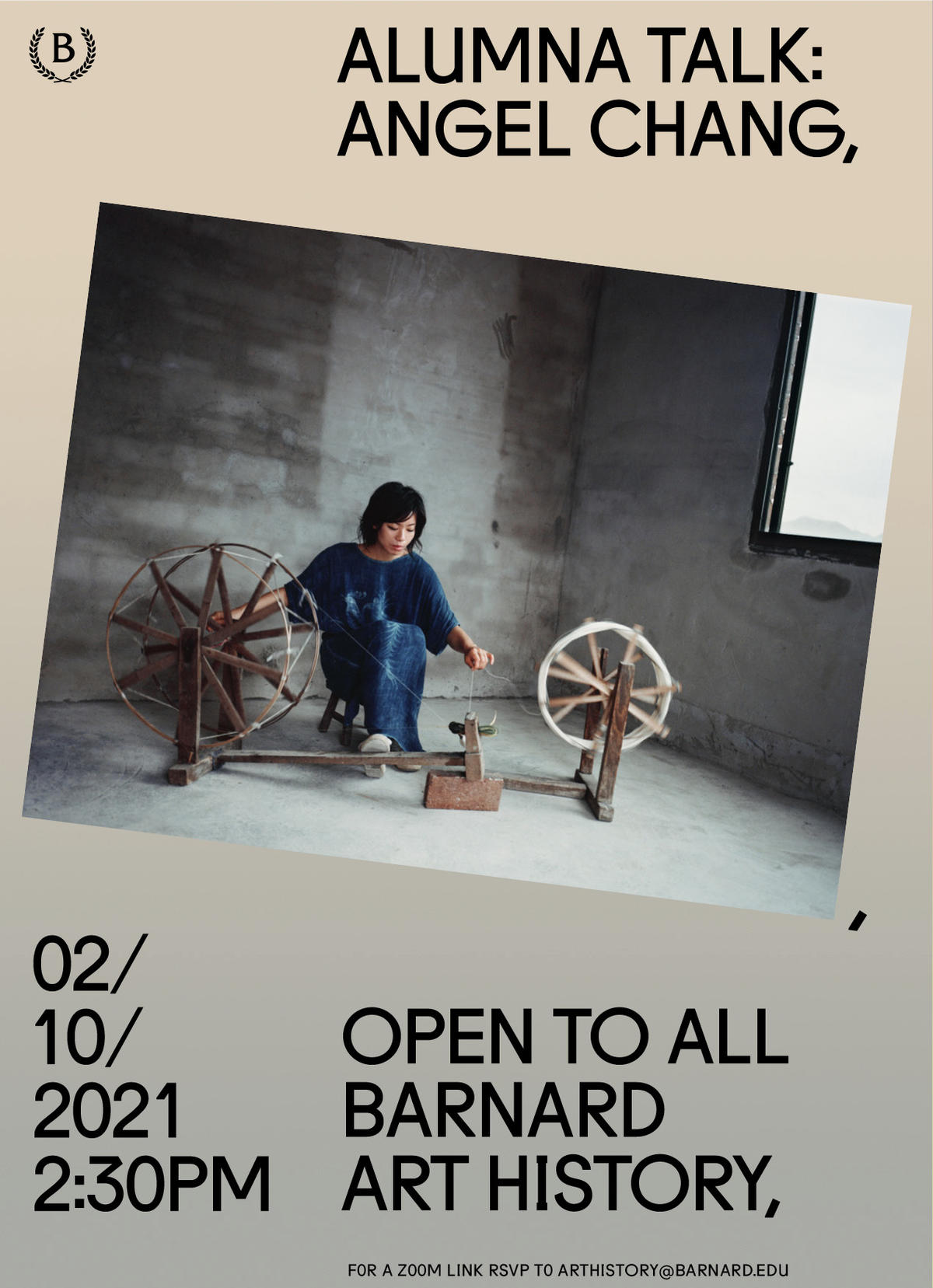 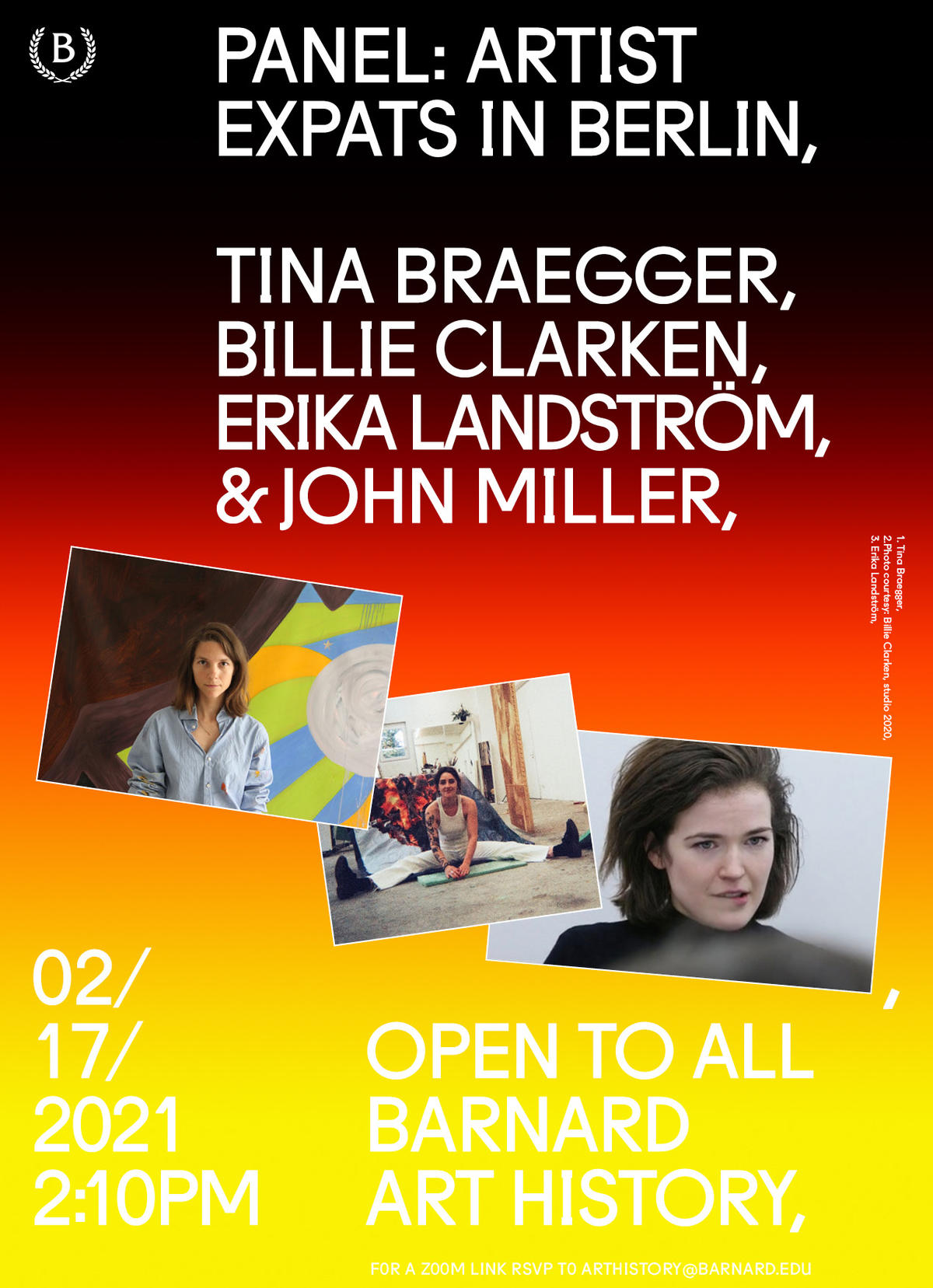 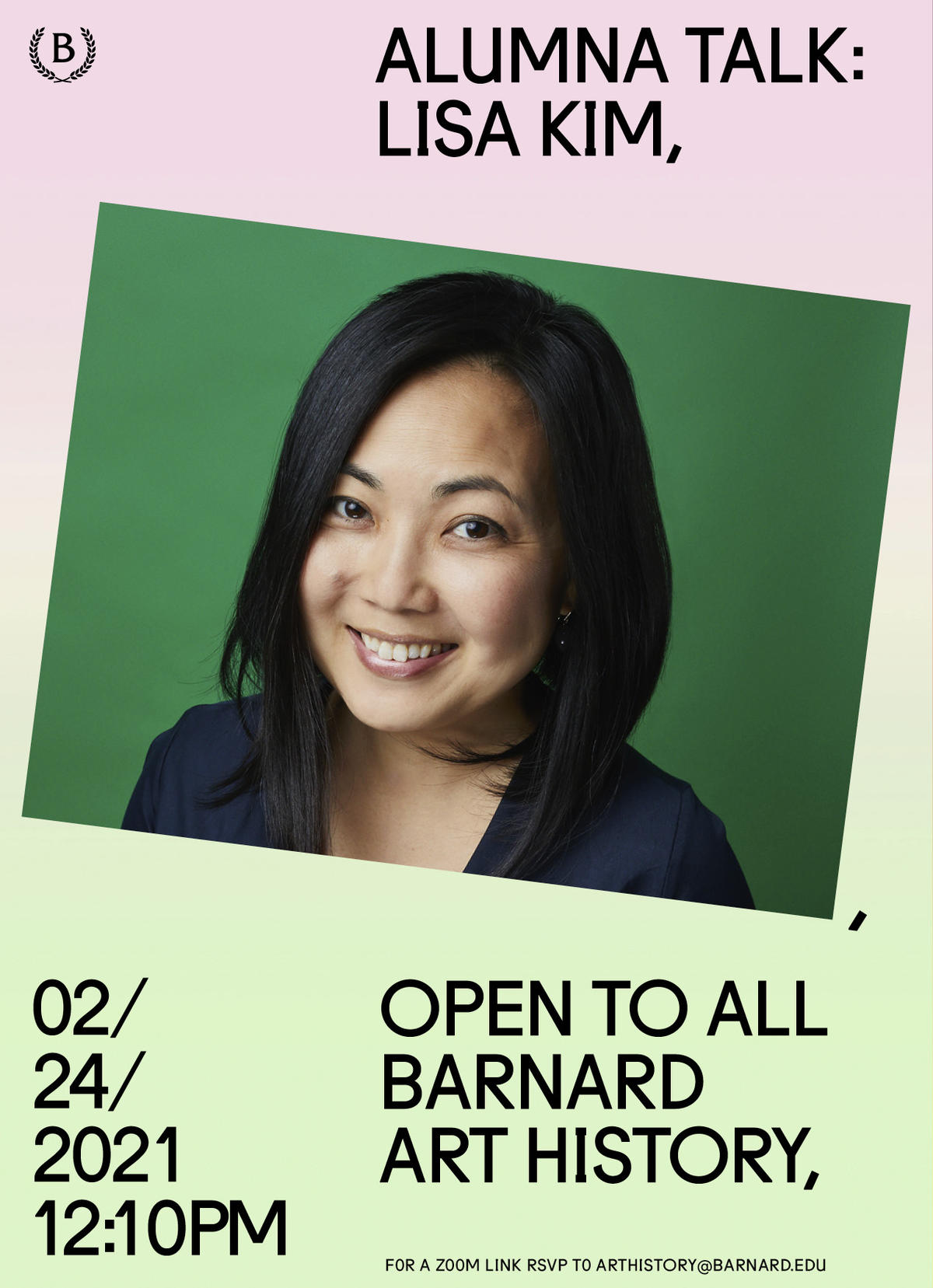 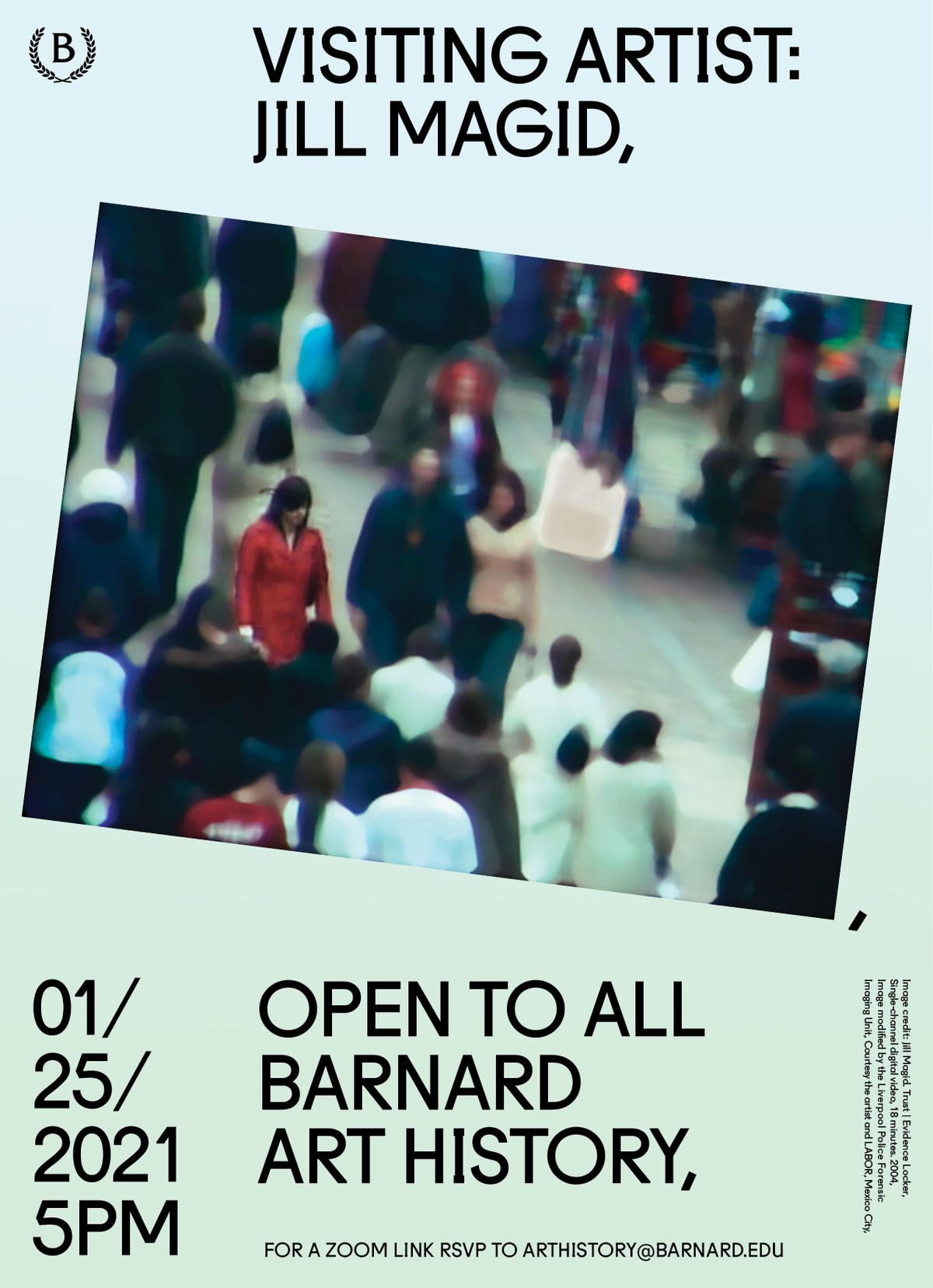 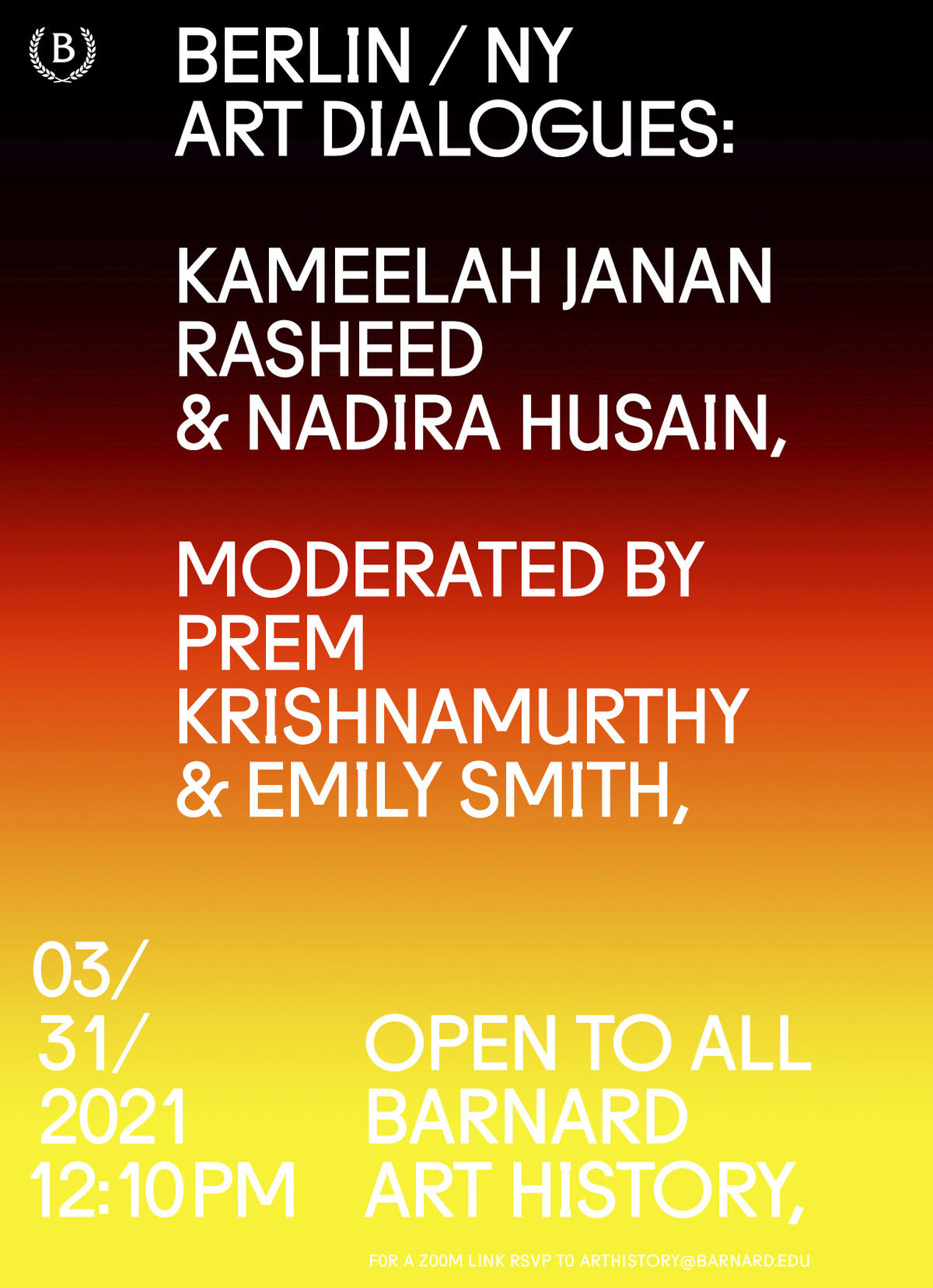 Artist Talk with Angle Chang, BC’00

Wednesday, February 10
2:30-3:30 pm EST
In 2012, American womenswear designer Angel Chang moved from New York to a remote mountain village in Guizhou province, rural China, to learn the traditional fabric-making techniques still practiced there by the indigenous Miao, Dong, and Buyi tribes. Following in the footsteps of her ancestors going back 14 generations, Angel rediscovered her ancestral roots and the plant dyes used in traditional Chinese medicine. For the last nine years, she has worked with these grandmother artisans to develop the first ever zero-carbon womenswear collection. It is made entirely by hand following ancient fabric-making processes of indigenous people of rural China: organic farming, native plant dyes, hand-spinning, hand-weaving, hand-sewing, and elaborate embroidery dating back 2000 years. The craft is now at risk of disappearing because the next generation is not being trained to continue the tradition. Angel’s mission is to bring global awareness to indigenous knowledge as key to reducing fashion industry pollution and climate change. A sponsorship from Shang Xia (the Chinese brand of Hermès) enabled Angel to conduct her fabric research and development in the villages, while a local NGO (Tang’an Dong Ethnic Eco-Museum) helped Angel set up her artisan workshop. A grant from the Smithsonian Institute supported the develop of a training program that now provides ongoing employment to women artisans in the region.

This will be a conversation with three artists who have left their home countries to live and work in Berlin. We will discuss why they came, how they manage life abroad, and whether living in Berlin has influenced their work.

Billie Clarken was born in 1992 in Fairfax, Virginia USA. She now based in Berlin, Germany. She is a multidisciplinary artist whose work directs referential signs and objects in a satirical performance of the immortal image. Often returning to tropes in television culture, Clarken points out the paradoxes of a projected identity in the search for inauthenticity. Their work captures and appropriates use-objects and borrowed memory in combination with exaggerated forms, to install the evolving narrative of the Western consumer.

Erika Landström is an artist, writer, and performer based in Berlin. She attended the Whitney Museum of American Art's Independent Study Program in 2019, and received an M.F.A. from Städelschule in 2015. She has presented performances and exhibitions at the Emily Harvey Foundation in New York; Schiefe Zähne in Berlin; the Sprengel Museum and Kestnergesellschaft in Hannover; the Montréal Biennial, and Galleria Federico Vavassori in Milan. Her writing has been published in Bomb Magazine, Flash Art, Spike Magazine, and Texte Zur Kunst.

Talk with Lisa Kim, BC ‘96, Director of The Ford Foundation Gallery

Wednesday, February 24
12:10-2pm EST
Lisa Kim is director of the Ford Foundation Gallery, a new exhibition space within the Ford Foundation Center for Social Justice. Prior to her appointment at the Ford Foundation, she was director of cultural affairs at Two Trees Management Company, where she oversaw the company's arts philanthropy, public art commissions, and produced the annual Dumbo Arts Festival. Lisa served as the director of the New York City Percent for Art Program from 2006 - 2008 and for 12 years, managed exhibitions, collections, and construction for Gagosian Gallery. Lisa holds a BA in Art History with a concentration in Visual Arts from Barnard College and a Master of Industrial Design from Pratt Institute.

Monday, January 25
5:00-6:00 pm EST
Jill Magid (born 1973) is an American conceptual artist, writer, and filmmaker. Magid’s performance-based practice interrogates structures of power on an intimate level, exploring the emotional, philosophical, and legal tensions that exist between institutions and individual agency. Magid has frequently worked by forming personal relationships with governmental systems of power, including police and intelligence agencies, questioning these structures of authority on a human level by embedding herself within them. Other projects intervene at contested sites of corporate control, bureaucratic process, and the law.
Website

Wednesday, March 31
12:10-2:00 pm EST
Kameelah Janan Rasheed (b. 1985) grapples with the poetics, politics, and pleasures of the unfinished. With interests in the generative qualities of incompleteness, leakage, dispersal, and syncretism, Rasheed works across an ecosystem of iterative and provisional projects. These projects include sprawling, architecturally-scaled Xerox-based collages; large-scale text banner installations; publications; digital archives; lecture-performances; library interventions; poems/poetic gestures; and other forms yet to be determined. Rasheed has had national and international solo exhibitions and projects at the New Museum, NY (two-person); Transmissions Gallery, Glasgow, UK; Rice University, Houston, TX; Brooklyn Public Library, NY; Brooklyn Historical Society, NY; and Brooklyn Museum, in addition to public installations with Public Art Fund and For Freedoms / Times Square Arts. Her work has also been exhibited at the 2017 Venice Biennale, and will be included in the Glasgow International, UK (2021)and Prospect.5(2021). She is the author of two artist books, An Alphabetical Accumulation of Approximate Observations (Endless Editions, 2019), No New Theories (Printed Matter, 2019), and in the proper direction: forward/also the ache of (perceived) velocity (Printed Matter, 2017) Website

Nadira Husain is a French-Indian artist working in Berlin, who uses pictorial symbols and compositions of various traditions to reflect on how cultural phenomena and economic globalization shape our reactions to images. Her mainly large-format works contrast European and Eastern imagery, combining motifs that allude to Indian miniatures with comic-like figures or objects of utility. She samples decorative, abstract-geometrical patterns and, inspired by feminist theory, paints portraits of women whose androgynous looks confound conventional representations of gender. Her pictorial spaces also have a decidedly non-hierarchical structure, avoiding perspectives that distinguish between foreground and background. High and low cultural motifs, autonomous and decorative elements, are also treated equally. Gallery Website 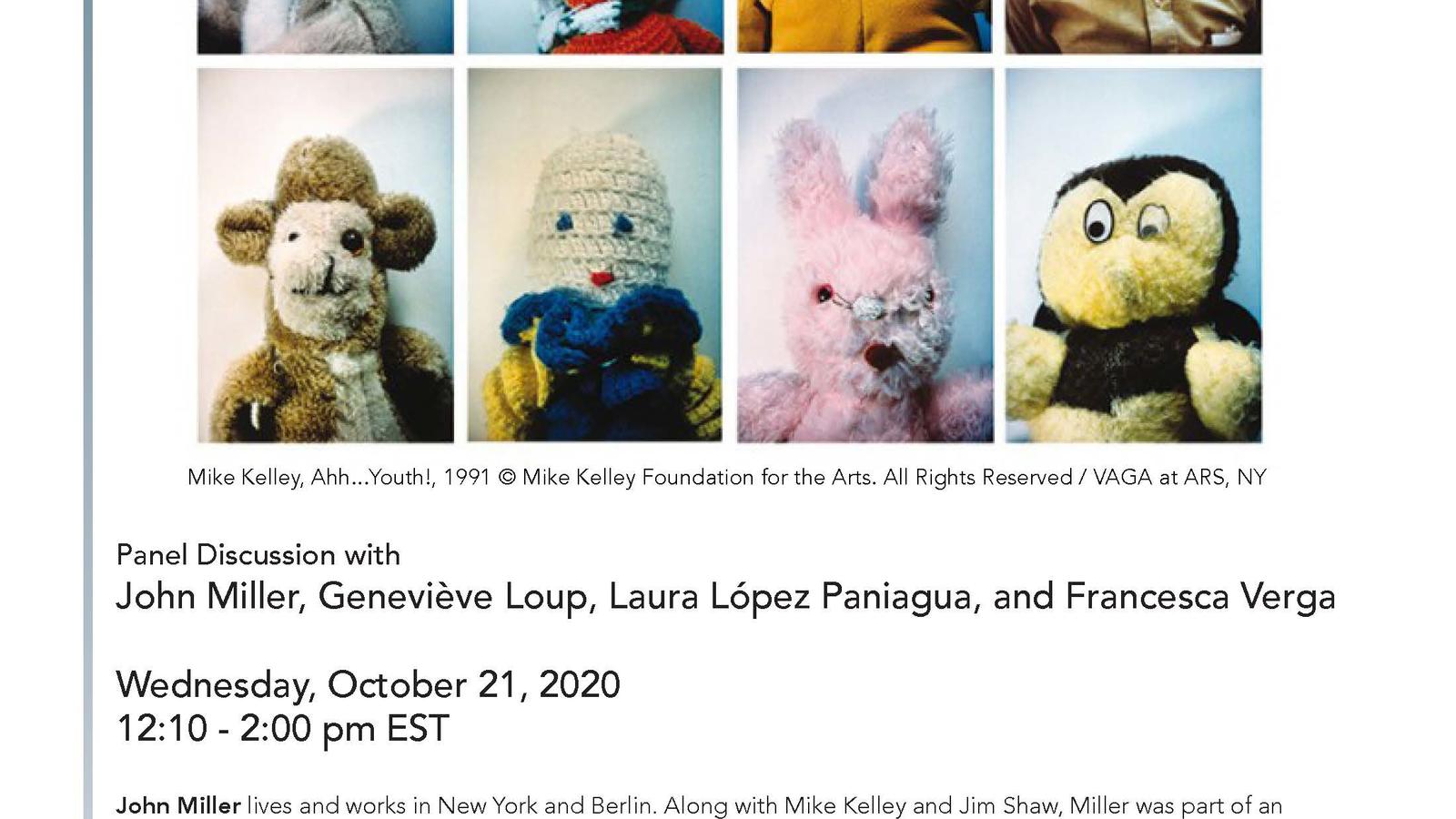 In American Monument Cultures, students explore the significance of monuments throughout history, using digital humanities platforms to engage with the cultural and political power of public structures.

In Bryda’s class, students will study how seeking connection to the divine has fueled artists and writers for centuries.